Learning About Mental Health From The Comedy Industry

Talking openly, finding light in the darkness and setting up support networks are some key elements to overcoming mental health issues 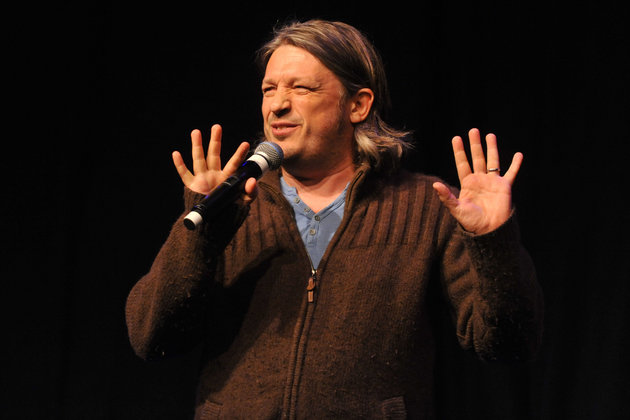 One night at the Edinburgh Fringe in 2014, comedians were winding down from a long day at the nation’s most arduous comedy festival when the news broke that beloved actor and stand-up Robin Williams had passed away.

What followed was a dramatic shift on the UK comedy circuit, thrusting mental health into the spotlight. Performers who had already spoken about their mental illnesses on stage drew our attention, and an increased number felt it was more acceptable to join in.

The result was, at the return of the Fringe the following year, an overarching theme of talking about mental health and opening up onstage (along with the festival’s first ever Mental Health Gala).

Comedy has always pushed the boundaries of what is acceptable, but when it comes to mental health, there’s a lot more performers both talking and joking about it.

There are two distinct ways in which performers within the industry are open about mental health: many are laying their cards on the table backstage, in green rooms or on tour, while some even take their mental health issues on stage and draw on them as part of their act.

Comics like Felicity Ward, Doug Segal and Mark Watson are finding nuanced ways to create laughter from mental illness. They have all, at some point in their lives, suffered from mental health issues or experienced them very closely.

Some utilise humour as a way of openly dealing with their own personal mental health issues, others use their notoriety to educate others. And that’s where the key to helping themselves and helping others lies.